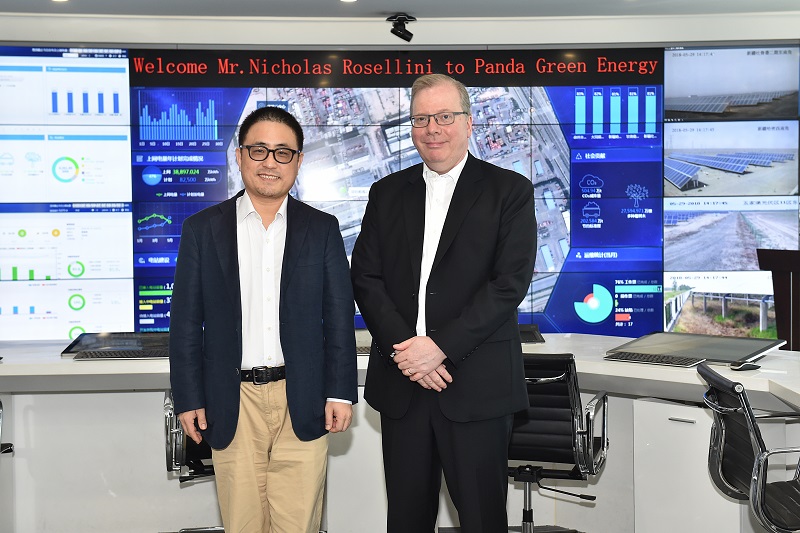 The CEO of Panda Green, Mr. Alan Li (on the left) and the UNDP Resident Representative in China, Mr. Nicholas Rosellini (on the right)