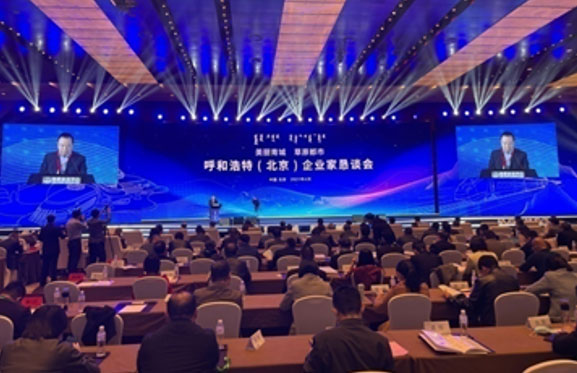 On the morning of April 10, the “Beautiful Grassland City” Hohhot (Beijing) Entrepreneurs Conference was held at the National Convention Center in Beijing. Business leaders from the All-China Federation of Industry and Commerce, Beijing Federation of Industry and Commerce, large state-owned enterprises, and top 500 private enterprises in China gathered to explore future development. The conference was attended by He Haidong, Deputy Secretary of the Hohhot Municipal Party Committee, Mayor, and Secretary of the Party Working Committee of Horinger New District, Wang Haolei, Member of the Standing Committee of the Municipal Party Committee and Deputy Mayor; Zhao Hualin, Chairman of the former Supervisory Board of Key State-owned Large Enterprises of the State Council, Yang Bolin, former President of the Chinese Academy of Sciences, Liu Jingming, Second-level Counsel of the All-China Federation of Industry and Commerce, Zhang Ping, Chairman of the Board of Directors of Beijing Energy International Holdings Co., Ltd., Liu Lei, Inner Mongolia Regional Company General Manager, and Hou Zhiguo, South China Regional Company General Manager. 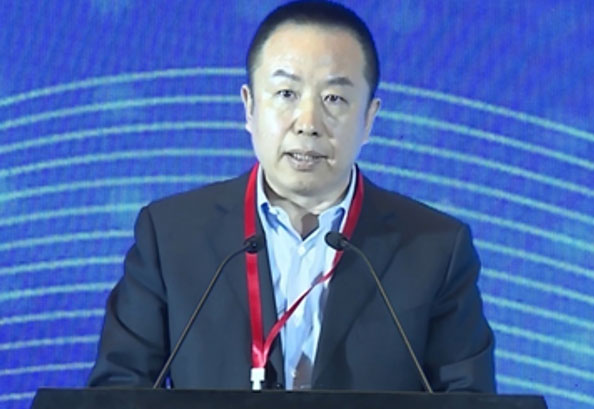 Zhang Ping delivered a speech as a representative of business leader. He introduced Beijing Energy International’s profile, development philosophy, and investment cooperation intentions, and expressed his gratitude to the Hohhot Municipal Party Committee and the city’s Government for their long-term support to the company’s development. He pointed out that the “14th Five-Year Plan” period is key for the autonomous region to fully implement the important instructions in General Secretary Xi Jinping’s important speech to Inner Mongolia to take a new path of high-quality development that puts ecological conservation first and is driven by green development, so as to achieve new and greater development. The Hohhot Municipal Party Committee and city’s Government have always put the sustained construction of a high-quality business environment at the top of the development agenda, adhere to the concept of “recognition”, and provide enterprises with full-process and high-quality services, so that enterprises can make investment and seek further development in Hohhot, contributing to the comprehensive and healthy development of Hohhot’s society and economy in the new era. He said that Beijing Energy International will actively participate in the investment in wind power, photovoltaic power, clean heating, energy storage, and hydrogen energy in Hohhot and even the Inner Mongolia Autonomous Region, give full play to its own advantages, put in place the strategic deployment of governments at all levels in the conversion from old energy to new energy, speed up the project progress, form a comprehensive strategic partnership with Hohhot, strive to create a new model of win-win cooperation, and help Hohhot to achieve the “3060 goal” as soon as possible, jointly contributing to a new era of high-quality development of the “beautiful grassland city”.

At the meeting, Beijing Energy International and the People’s Government of Qingshuihe County, Hohhot City signed an intention agreement on new energy project development and construction.