On February 10, 2022, Liu Dongsheng, Vice President of Beijing Energy International visited Tian Zhiqiang, Secretary of Qionghai Municipal Committee in Hainan Province. The two sides exchanged views on promoting the investment and construction of the Tanmen 100MW agrophotovoltaic demonstration project of the company and discussed the idea of expanding biomass and other forms of new energy projects in Qionghai. Zhao Li, Investment Director of Beijing Energy International, and other relevant leaders of the municipal Development and Reform Commission, China Merchants Bureau, Resources and Regulation Bureau and Tanmen Township authority attended the meeting. 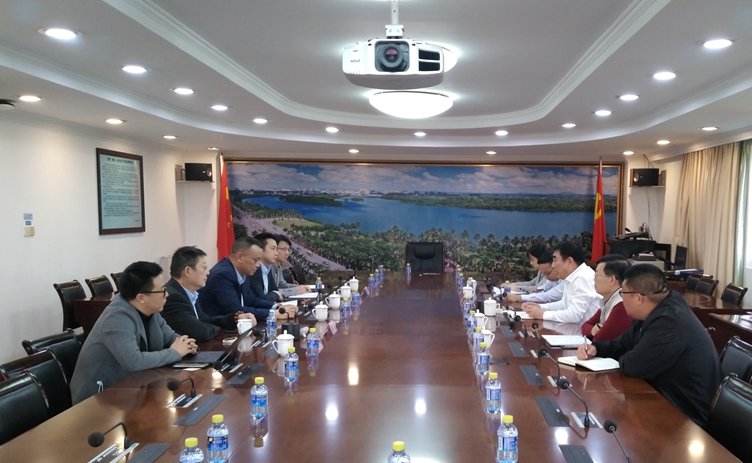 During the meeting, Tian Zhiqiang welcomed Liu Dongsheng and his delegation and pointed out that it was necessary to strategically introduce advanced agricultural technology in rural revitalization, which could truly deliver benefits to local people’s livelihood and fully utilize land resources in building the project into a model of agricultural-based integrated development.

Liu Dongsheng introduced the current business and development plan of the company. He said that as a pilot SOE of the “Double-hundred Action”, the company actively innovated its systems and mechanisms, and had been committed to building a first-class international clean energy provider and green investor and operator with rapid development momentum, strong expertise as well as full confidence and capability. In building the project, the company will carefully analyze local conditions, and contribute to local people’s livelihood and its economic development.