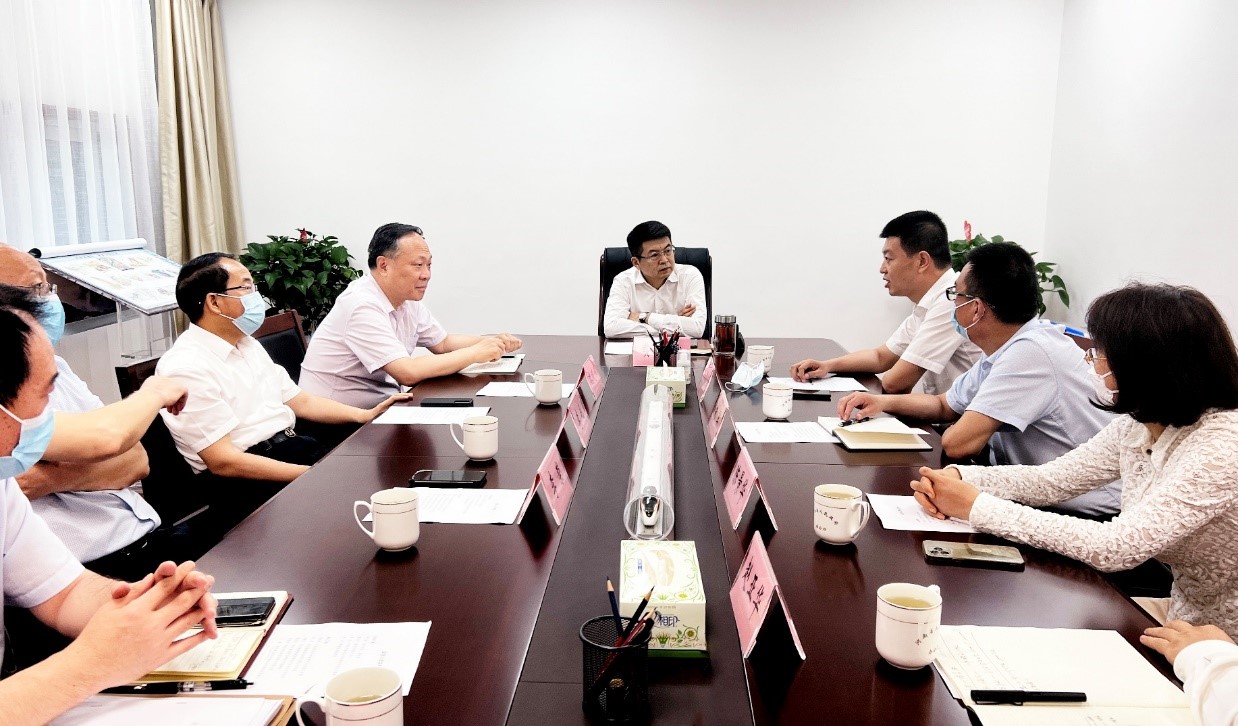 During the meeting, Sui Xiaofeng introduced the basic situation and business segments of Beijing Energy Holding. He said that with the construction of key energy industries in Henan Province, the company’s main business will enjoy a broad prospect for cooperation in the province. The company will deepen its communication with China Pingmei Shenma Group, Energy and Chemical Group and other companies in Henan, and promote cooperative projects on the integration of energy source, network and storage. It is hoped that the Henan provincial government will extend continuous support. Beijing Energy Holding will actively participate in the investment and construction of new energy, thermal power, coal mines and other industries in the Province, and contribute to its green and low-carbon development.
Fei Dongbin welcomed the visit of Sui Xiaofeng and Zhu Jun. He pointed out that Henan Province is amid its strategic transformation and upgrading of energy sector, and both Beijing Energy Holding and Beijing Energy International are welcome to actively participate in the economic construction of the province. Through joining hands with key enterprises, such as Beijing Energy Holding and Beijing Energy International, China Pingmei Shenma Group, Energy and Chemical Group and Zhengzhou Coal Industry(Group)Co., Ltd., the government may consider translating the ideas of the interconnected development “between coal and electricity” as well as “between new energy and thermal power” into reality, speed up the landing of projects, and jointly deliver win-win results and boost local economic development.